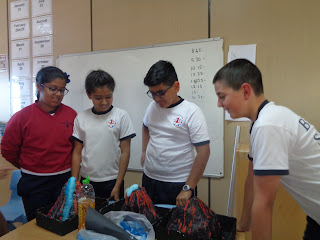 This term the children have been learning about mountains and volcanoes.  They learnt: A volcano is a mountain that opens downward to a pool of molten rock below the surface of the earth. When pressure builds up, eruptions occur. In an eruption, gases and rock shoot up through the opening and spill over or fill the air with lava fragments. Eruptions can cause lava flows, hot ash flows, mudslides, avalanches, falling ash and floods. The danger area around a volcano covers about a 20-mile radius. Fresh volcanic ash, made of pulverized rock, can be harsh, acidic, gritty, glassy and smelly. The ash can cause damage to the lungs of older people, babies and people with respiratory problems. Volcanic lightning occurs mostly within the cloud of ash during an eruption, and is created by the friction of the ash rushing to the surface. Roughly 200 accounts of this lightning have been witnessed live. An erupting volcano can trigger tsunamis, flash floods, earthquakes, mudflows and roc
Post a comment
Read more 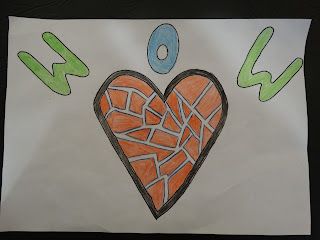 Children in Year 6 entered a global Logo Competition for - a children's - positive -  mental health organisation. Incredibly out the hundreds of children that entered, from many countries around the world,, two children from the South school have made it into the final For further information follow the links and have your say! https://webofwellbeing.org/2017/10/24/wow-logo-design-competition/ https://www.facebook.com/webofwellbeing.org These are the logos that have made it into the final.
Post a comment
Read more

January 16, 2018
English Last week the children learnt about different creation myths and then had a go at writing a creation myth of their own. The children really seemed to enjoy this and as a result they produced some very imaginative myths about how the Earth began, how plants, animals and humans came to exist, and how the sun and moon appear in the sky. This week we shift our attention to traditional Legends. We will be learning about - Robin Hood, writing character descriptions and investigating the characteristics of legends.  Spellings: 1. Interference 2. Borough 3. Frequently 4. Innocence 5. Prejudice 6. Observe 7. Ceiling 8. Changeable 9. Knight 10. Embarrass 11. Available 12. Enjoyable 13. Terribly 14. Mourning 15. Re-enter 16. Thistle 17. Curiosity 18. Yacht 19. Decency 20. Because Maths Multiply and divide by 10, 100 and 1000; compare and order numbers with up to three decimal places; know common fraction / decimal equivalents; multiply pairs of unit fract
Post a comment
Read more 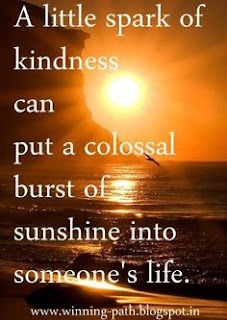 Reading With that in mind please can I also ask that you encourage your children to read - daily for at least 15min as this will make a huge difference to the overall outcomes for your child's achievements in school. They don't have to read allowed to you if you are busy, but they do need to make more of an effort to read more often and read more challenging books. Performances With this being assessment week the curriculum timetable will be reduced. There will also be rehearsals taking place for the Halloween show and auditions for the Christmas Pantomime. English In English this week the children will be working on correcting and editing their writing and improving their use of; past, present and future tense. They will also be tested on the spellings from last week. Maths In Maths this week the children will be working on methods for subtracting whole numbers and decimal numbers Thought for the week
Post a comment
Read more 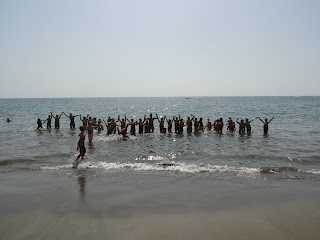 Coming up in week 5 It was such a pleasure to spend the week with your children last week.  Last week we had a great time on the year 6 sailing camp, Although we were all very tired by Friday, many happy memories were created and new skills learnt. Reminder On Thursday we have a day off for a bank holiday and on Friday we have a staff training day, so no children in school on those days. Assessment Week Next week 16 th October 2017 we will complete our first set of assessments to evaluate what the children have learn so far and what they still need to work on. There is no need to revise for these assessments. English In English this week we will be continuing with our book study – Goodnight Mister Tom. The children will be writing in the style of the author by predicting what they think will happen next. Maths The children will be working on subtraction problems that include money. For example - how much change form 5, 10 or 20 pounds?
Post a comment
Read more
More posts